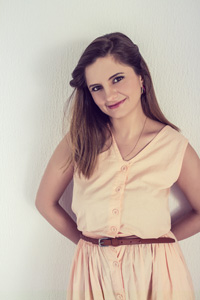 Jenine was born in Athens, Greece in 1985 to an American mother and Palestinian father. In 1989, her family relocated to Bahrain, where she was raised. She completed her high school education at St. Christopher’s School, Bahrain and in 2008 attained a BA (hons) degree in Graphic Design from Central Saint Martin’s College of Art and Design, London.

Jenine currently lives and works in Bahrain as a freelance designer and artist from her own independent studio. She has exhibited artwork in London, Dubai, Abu Dhabi and Rome and is a yellow pencil D&AD winner.